For the first time in the history of the German manufactory, the recumbent bike specialist offers with the Special Edition six pre-built bicycles based on the Scorpion series / Double benefit for customers: Short delivery time and an attractive price difference

Friedrichshafen. The basis for all six trikes from the Special Edition series is the best-selling model from HP Velotechnik: the Scorpion premium recumbent trike with full suspension and folding technique, which has won many international awards. The revolutionary difference to the well-known individual production in the German manufactory: The trikes are from the outset completely equipped with everything that is useful in everyday life and necessary according to German authorities. Even more: Exclusive comfort accessories such as the hand rests and headrests developed by HP Velotechnik are also included in the Special Edition models. The concept can be seen for the first time at the world’s largest bicycle trade fair Eurobike (4 to 7 September) at the manufacture’s booth in the Foyer East (FO 103). 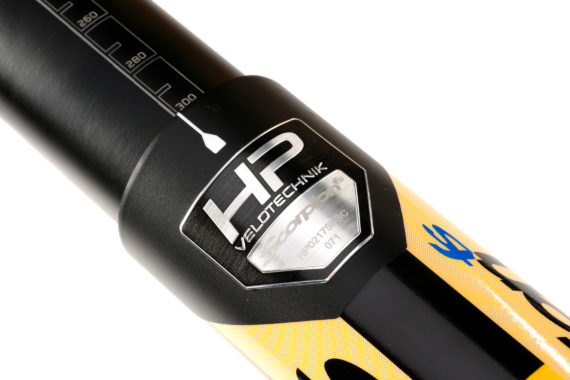 In addition the short delivery time of only a few days and the clearly better price compared to the individual model, is a huge advantage for the customer: instead of having to choose from several 100,000 equipment options, he immediately receives a complete and rideable bike. The pre-built Scorpions are equipped with very different components for three characteristic areas of application. These character areas range from sporty touring cyclists to urban commuters and comfort minded silver ager.

Managing Director Paul Hollants explains the turn of an era within the Hessian manufactory: “When we founded HP Velotechnik over 25 years ago, recumbents were a niche product for experimental individualists. Unlike back then, the trikes are no longer a special vehicle in need of explanation. They fulfil a clearly defined function in the now extremely diversified bicycle market.” Hollants and his partner Daniel Pulvermüller also know from many years of experience what the customers’ core requirements and their favourite special requests are. “From this, we first derived the general orientation and then the detailed equipment of the six Special Edition models.” 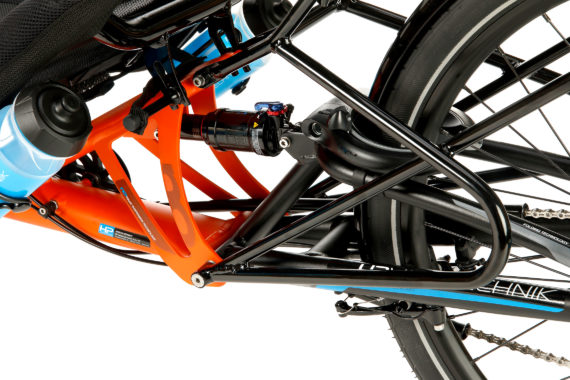 Technically speaking, the three character areas of the Special Edition mean: there are two touring models without motor, two commuter models with the Shimano Steps E8000 motor and two comfort models with the Shimano Steps E5000 motor. Main difference within the three segments: One model is always equipped with the small 20 inch rear wheel, the other with a 26 inch rear wheel. A six-inch difference creates noticeably different driving characteristics: models with small wheels are more manoeuvrable and also more compact in folding dimensions, the large wheel behind the seat ensures smooth running at high speeds and gives the trike a dynamic silhouette.

For each range, the components drivetrain, brakes and lighting system were carefully matched to the application area. In the motorized commuter models, for example, the coupled Tektro Auriga hydraulic brake has a powerful effect; in the comfort models, the Nexus Di2 fully automatic 8-speed shifting system ideally complements the quiet, cultivated Steps E5000 engine.

Standard on all six Special Edition models is a high-quality aluminum frame, the RockShox Monarch RL rear shock and the MacPherson suspension for front wheels built by HP Velotechnik as the first and so far only bicycle manufacturer. The breathable ErgoMesh recumbent bike seat is part of the equipment and the customer can choose between the standard size and the XL version. Further features include luggage rack, special tricycle mudguards, frame lock, parking brake, hand rests, headrest, a large rear mirror from Busch & Müller, the Schwalbe Marathon Plus tyre and tricycle-specific in-house developments such as rain protection cover, pennant and water bottle holder including bottles. 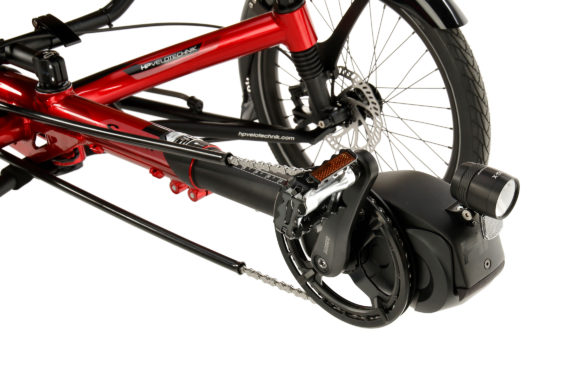 Paul Hollants is certain: “With the Special Edition, HP Velotechnik offers a highly attractive complete package. On the one hand, this sends a signal to quickly determined customers. On the other hand, we are talking to retailers who would like to get involved in the recumbent bike sector, but struggled with the complexity of highly individualised production.” However, the pre-built Scorpions do not deny their manufacturing roots: each of the trikes is still built individually by hand in Kriftel. And on the other hand, they can still be used to meet special requests: An extra like the Side Bag Mount, presented as a novelty for 2020, with which hand luggage can be transported casually next to the seat, is something the specialist retailer also likes to fit to each of the Special Edition models.

HP Velotechnik, founded in 1993 by Paul Hollants and Daniel Pulvermüller, manufactures approx. 2,000 recumbents per year in the factory in Kriftel near Frankfurt with 45 employees (including six trainees) and is thus market leader in Europe. The bikes are built individually by hand according to the customers wish and sold in specialist bicycle shops. All signs point to future growth: HP Velotechnik exports more and more bikes and trikes to more distant regions such as Australia, Japan, or South Africa. This successful business strategy was honored in 2017 with the “Hessian Export Prize”, which is jointly awarded by the State of Hesse and the Hessian Chambers of Crafts and Industry and Commerce. Most recently, the recumbent bike manufacturer received an award from the German Social Democratic Party (SPD): The grouping of the Working Group of the Self-employed in the Party presented the “AGS Award for Innovation 2019” for the “innovative mobility” of the bikes.

HP Velotechnik has developed 15 recumbent models that cover the entire range from everyday bikes to racing bikes. All models are available with powerful electric motors on request. Recently, the models from the Scorpion series caused a sensation, winning the renowned “Eurobike Award” design prize three times in a row. Most recently, in 2013 the trike Scorpion fs Enduro and in 2014 the Scorpion plus 20 as a therapy trike. The last time the Scorpion fs 26 S-Pedelec won this award at the world’s most important bicycle trade fair Eurobike was in 2018 as a vehicle in the fast class with pedal assistance up to 45 km/h.

Even as schoolchildren, the company founders Hollants and Pulvermüller became national winners of the JUTEC Youth and Technology competition of the Association of German Engineers – the foundation of the development from a garage laboratory to one of Germany’s most innovative bicycle companies. Since 2006 HP Velotechnik has been awarded as one of the three best bicycle manufacturers in Germany by the industry association VSF several times.